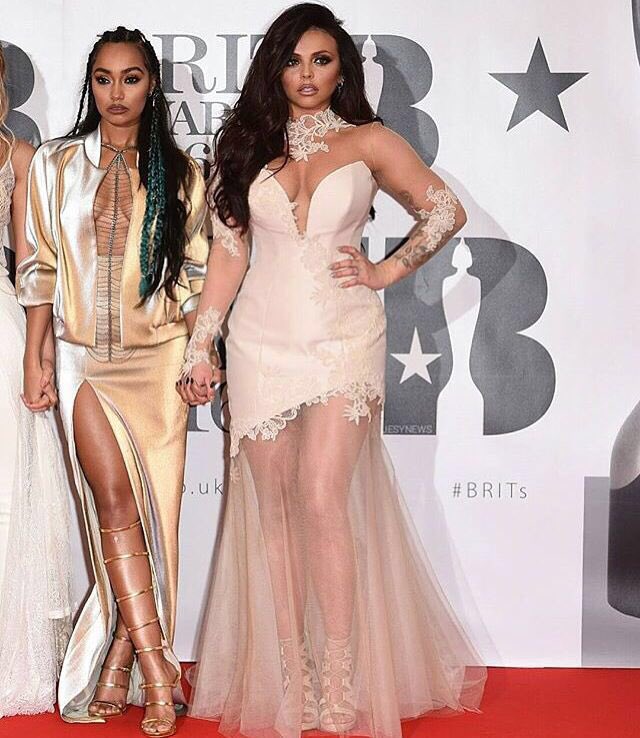 Jesy Nelson of Little Mix commissioned Suzanne Neville to create her eye catching dress for the Brits awards, after the success of the red dress Suzanne created for last years award ceremony.

This year the dress was created in a cappuccino coloured crepe and sheer tulle, with a fitted corset to emphasise Jesy’s figure, it features sheer sleeves, embroidered detail throughout and a sheer shirt with train.Jesy’s dress was finished the morning of The Brits in Suzanne Neville’s Knightsbridge shop. Three seamstresses worked into the night and early that morning in order to finish the hand sewing, just in time for Jesy to walk the red carpet at the awards ceremony later that day.

Little Mix were nominated for two Awards this year and said its ‘a dream come true’ to be nominated and to be performing live at the prestigious ceremony. Although the group failed to win an award, their stunning live act was to many the standout performance of the night.

Little Mix were thrilled to be accompanied by their glamorous Mothers on the night. 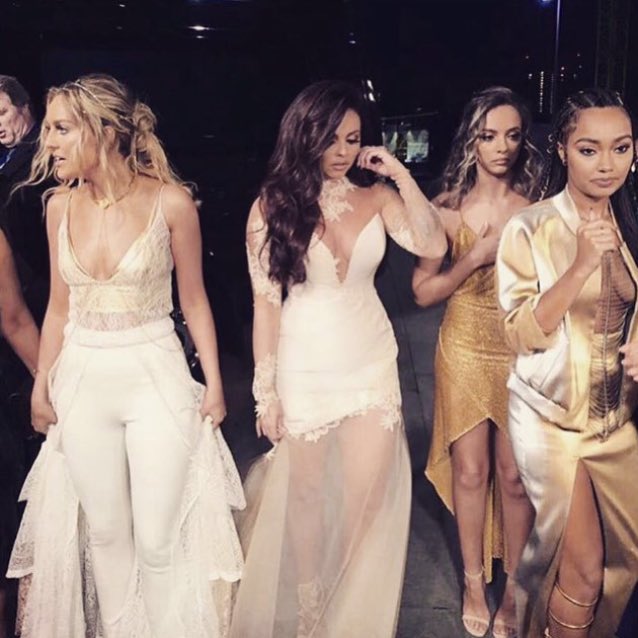 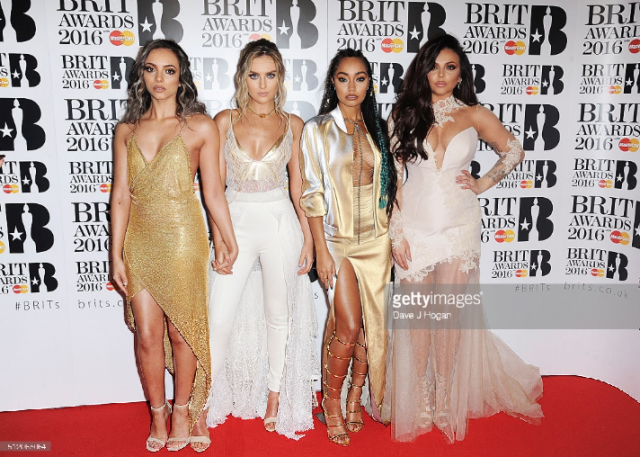 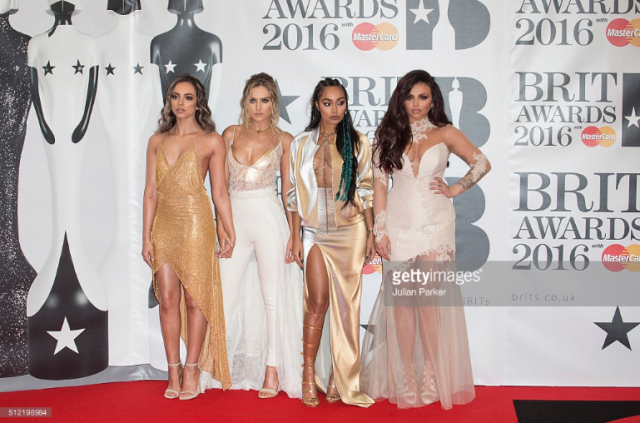 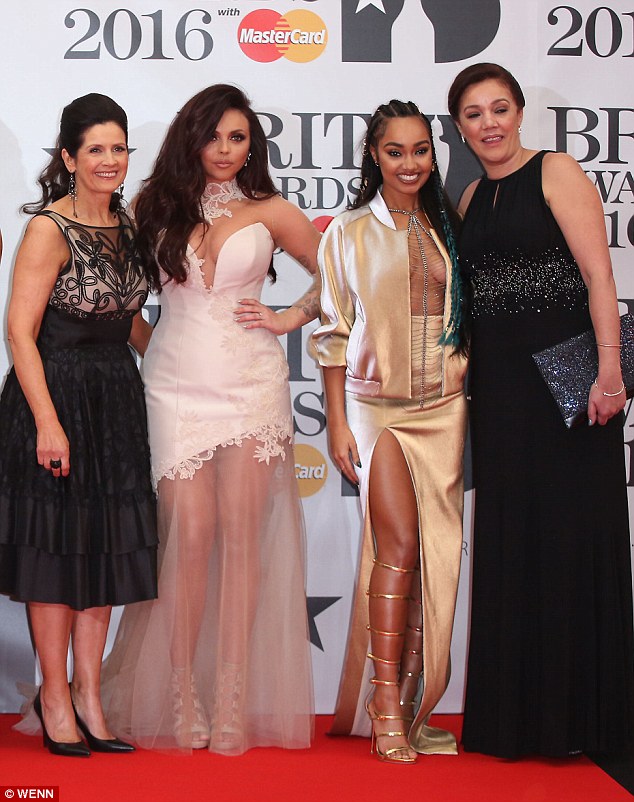 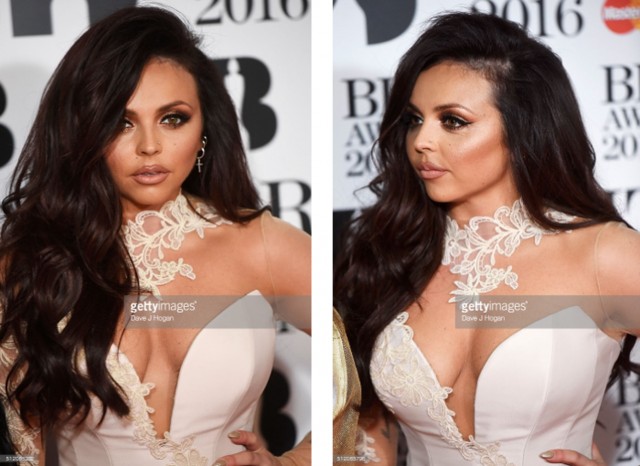 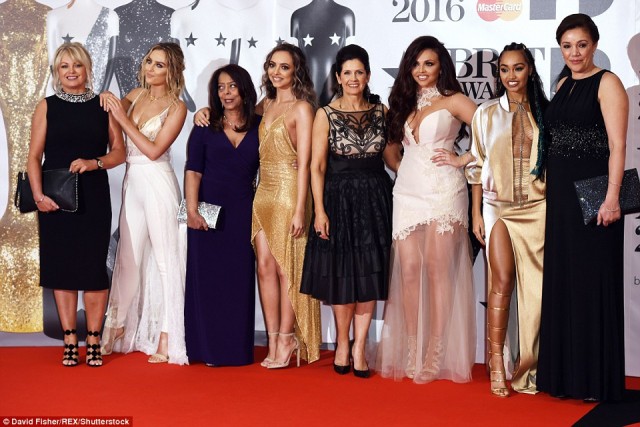 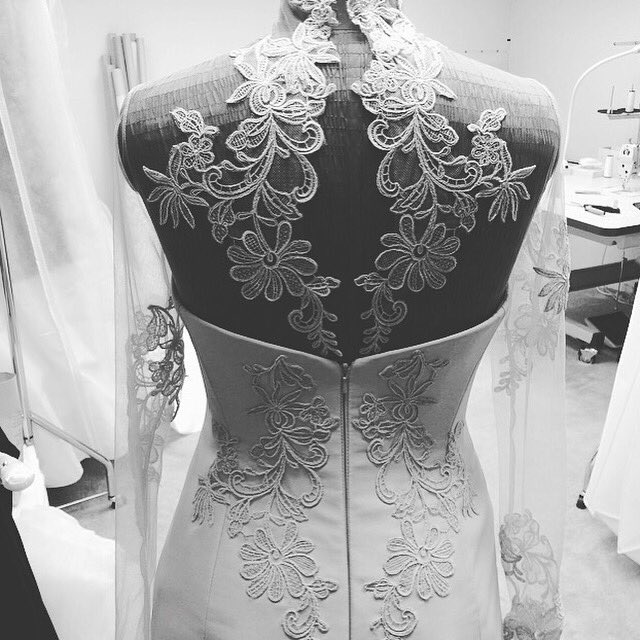 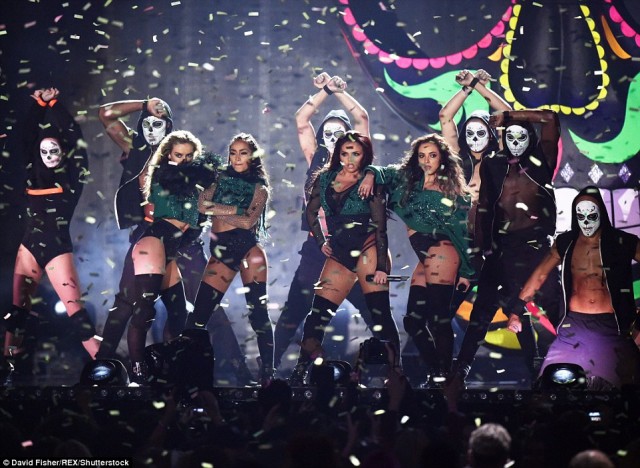