Geri Halliwell commissioned British designer Suzanne Neville to create the dress to perform with the Spice Girls, on the world stage, at this once in a lifetime event. The strapless corset dress, designed and created in a red crepe and silk chiffon with a plunging neckline short skirt and union jack bustle detail, is embellished by jewellery designers ‘Halo and co’ with 24 carat gold filigrees and thousands of gold and silver crystals. 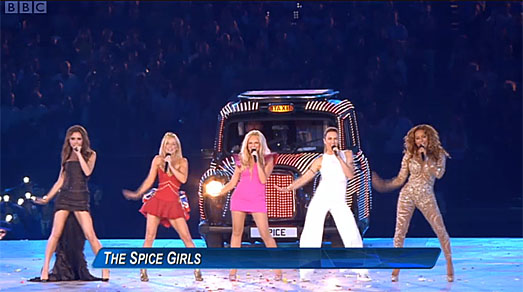 Suzanne Neville’s vision was to create a dress which was not only original and exciting, but also encompassed the Union Jack theme made famous by Geri when the Spice Girls won acclaim at the Brit awards in 1997.

Suzanne commented, “As a British designer, it has been a real honor to be part of the Olympics and such a momentous occasion for our country. The closing ceremony is the pinnacle of what has been a incredible two weeks. We should all be very proud, not only of our athletes, but all those involved.” 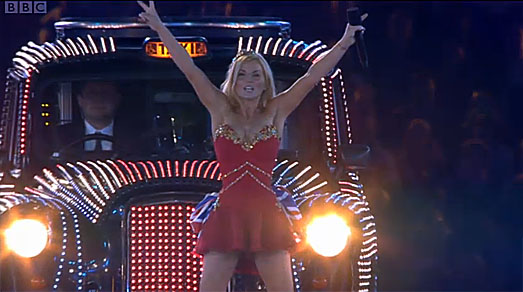 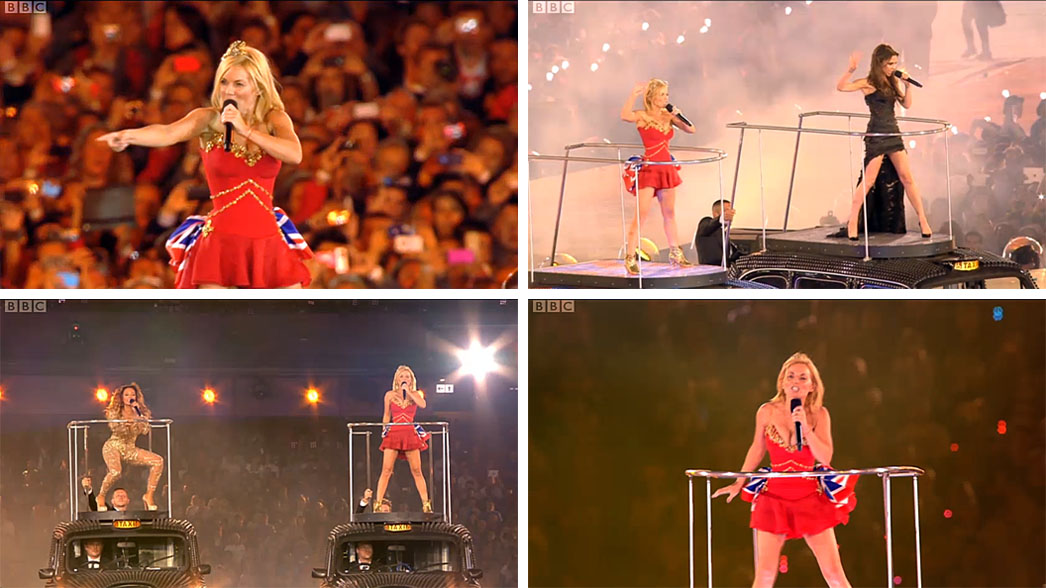