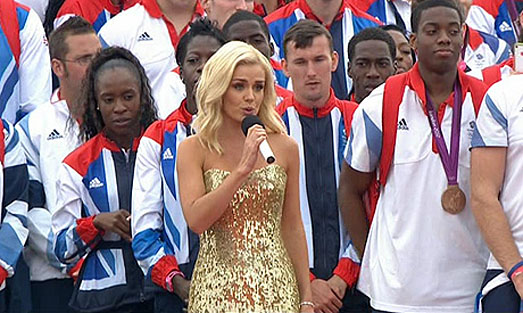 Katherine Jenkins performed live at the Olympic parade to honor the incredible Athletes of the 2012 Olympic and Paralympic games. The performance took place after speech’s by David Cameron and Boris Johnson to mark the end of the incredible london Olympic experience. 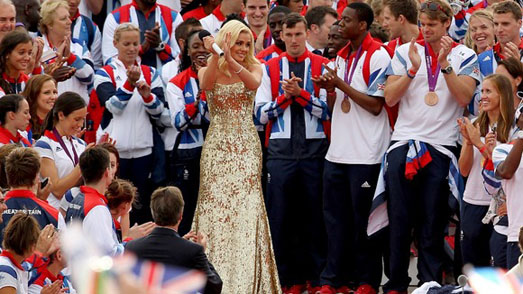