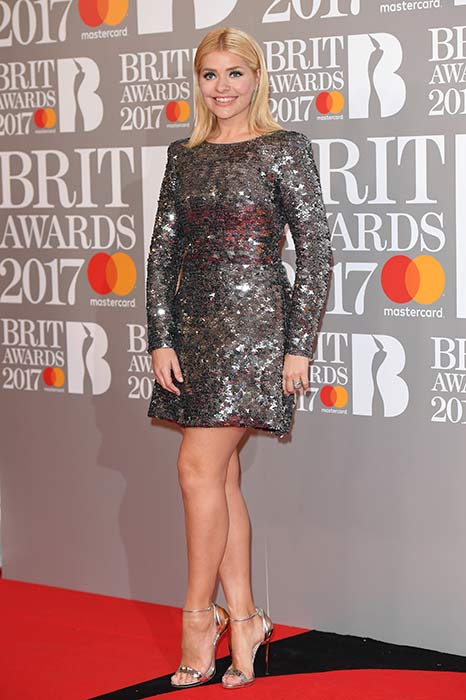 Holly Willoughby chose Suzanne Neville to design and create a show-stopping sparkly mini dress for her appearance at the Brit awards 2017.

Holly took to the stage at one point alongside pal Fern Cotton to present Little Mix with the Best British Single Award at the glamorous event.

The bespoke long sleeved dress was made in a one off gunmetal sequinned fabric, with exaggerated shoulders and a short A-line skirt, styled by Angie Smith. 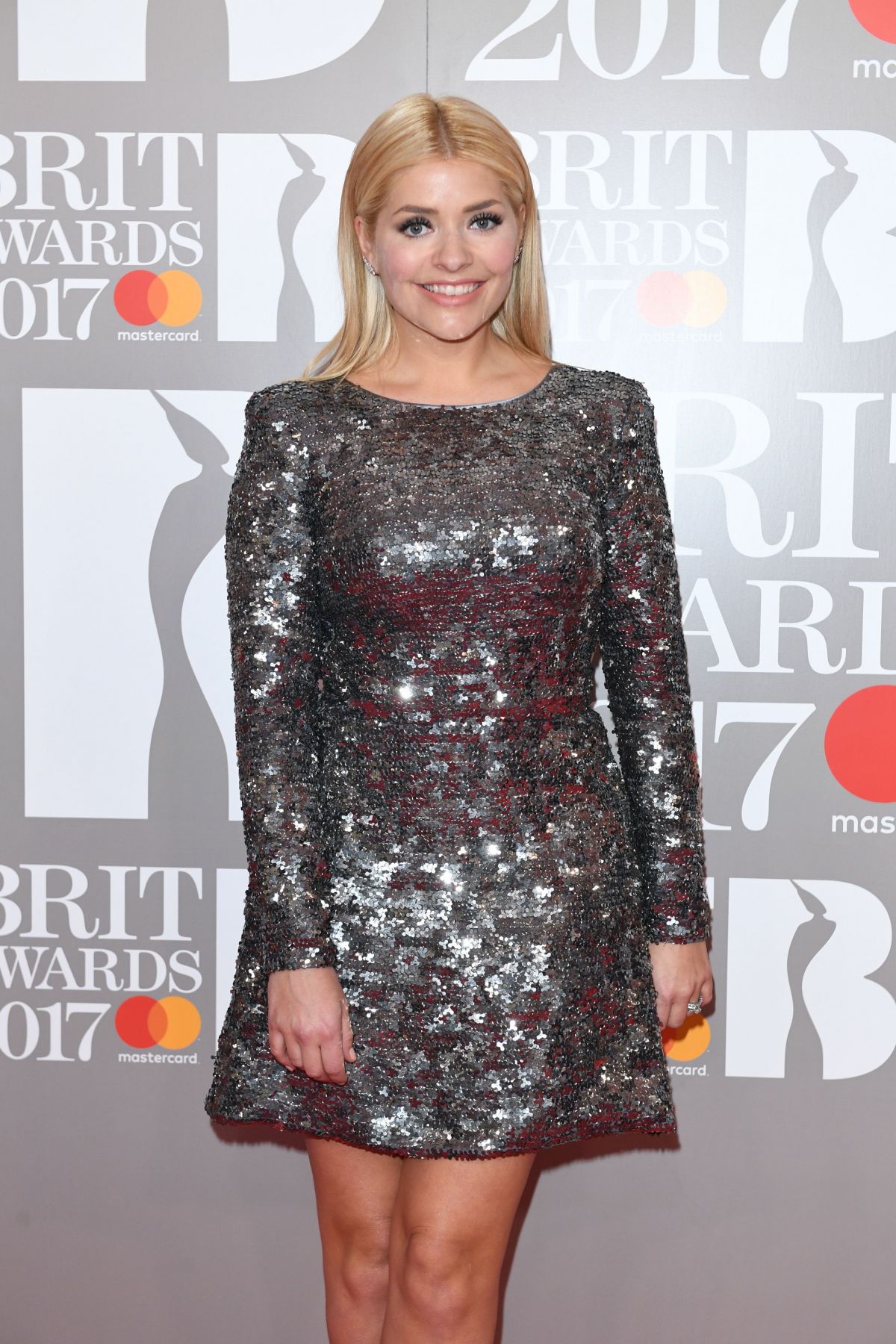