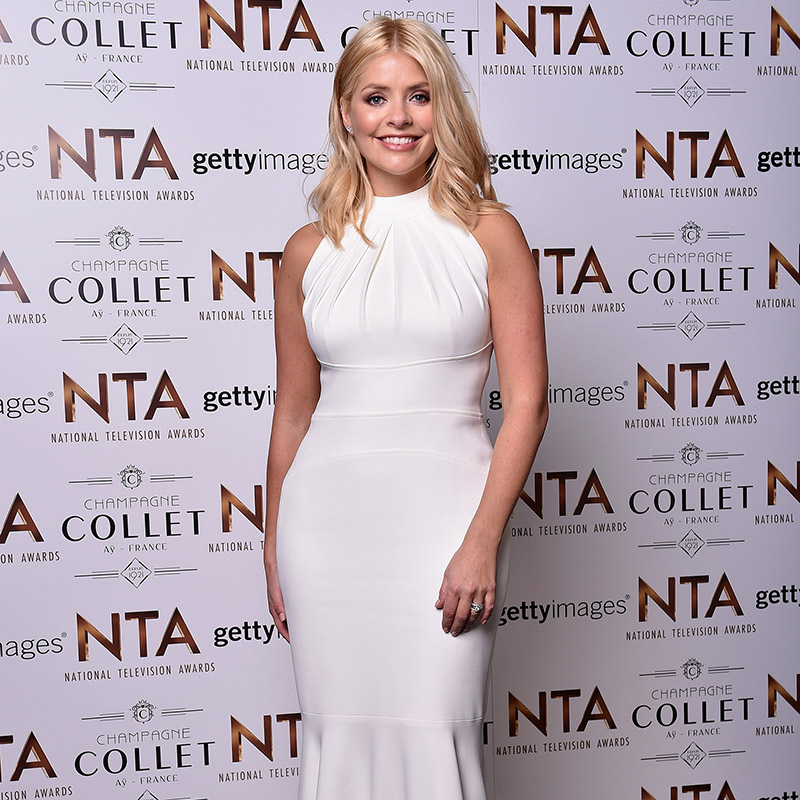 The national television awards were held at The O2 Arena to celebrate the best of British television. Holly won the award for best Live Magazine show alongside her colleagues at ITV’s This morning.

Her dress was was created especially for the glamorous event in a white stretch figure hugging crepe, with gathered detail around the high neckline, seams at the waist to accentuate Holly’s gorgeous hour glass figure and a long fluid fishtail skirt with train. ‘Freya Rose’ lace peep toe heels with a mother of pearl heel topped off the look to perfection. The event was a huge success as always with millions of viewers tuning in to watch the biggest awards event in British television.

ITV posted photos of Holly still wearing her dress the next morning on the sofa of the hit show, showing a good night was had by all!.. 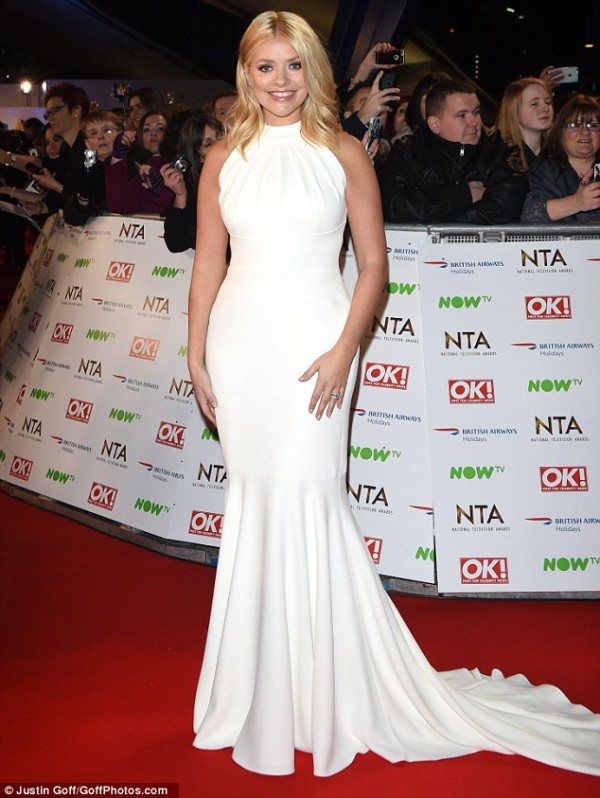 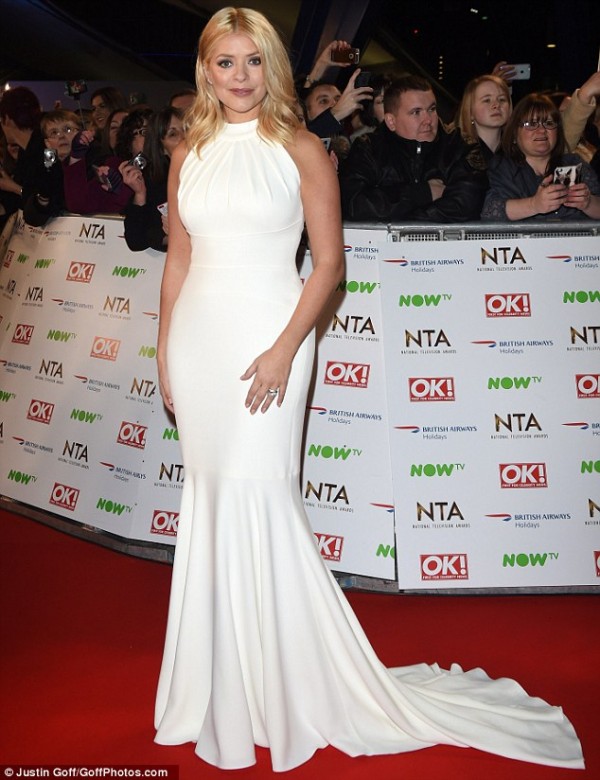 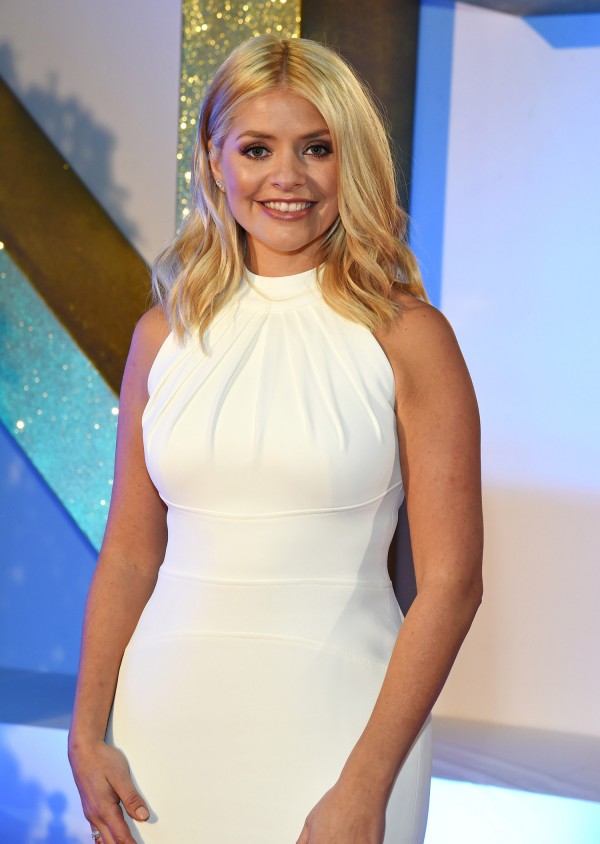 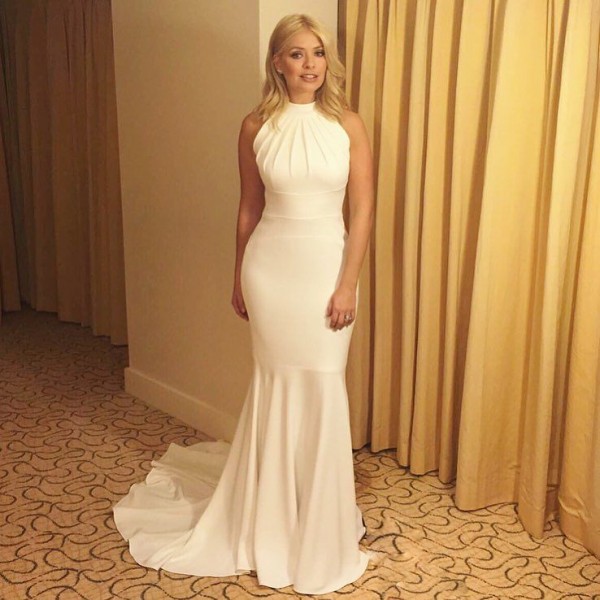 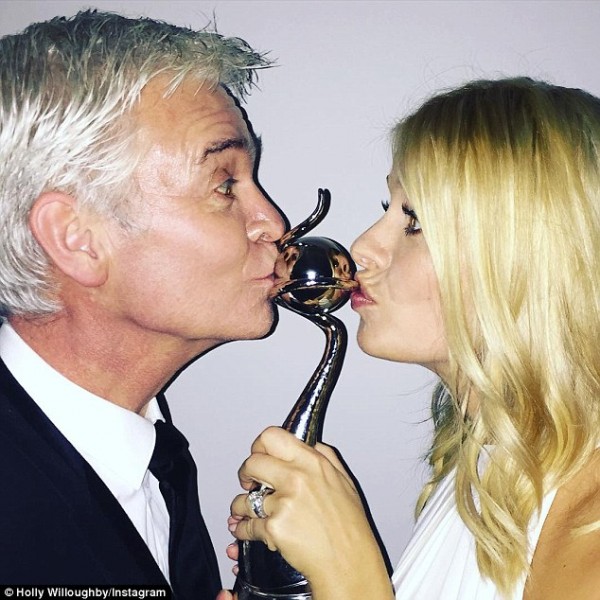 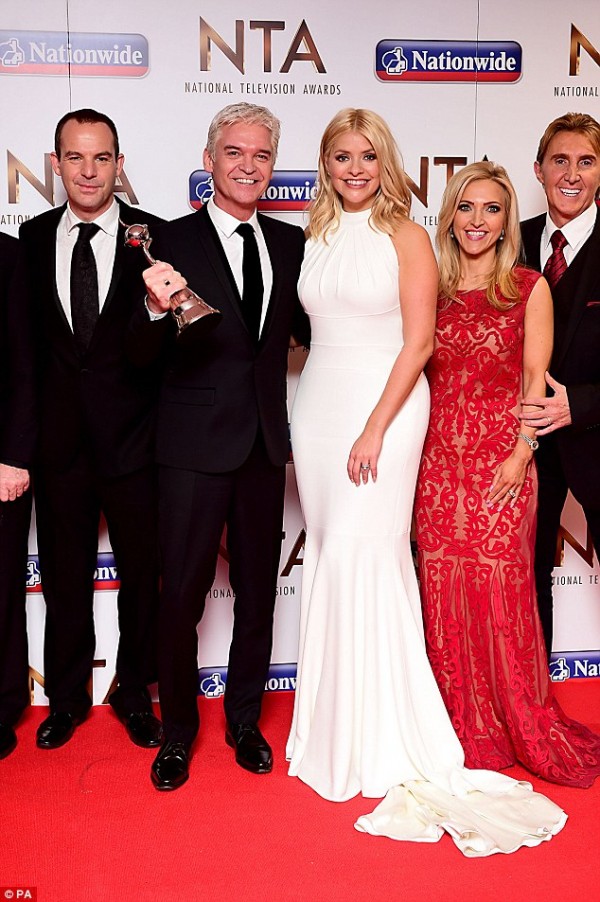 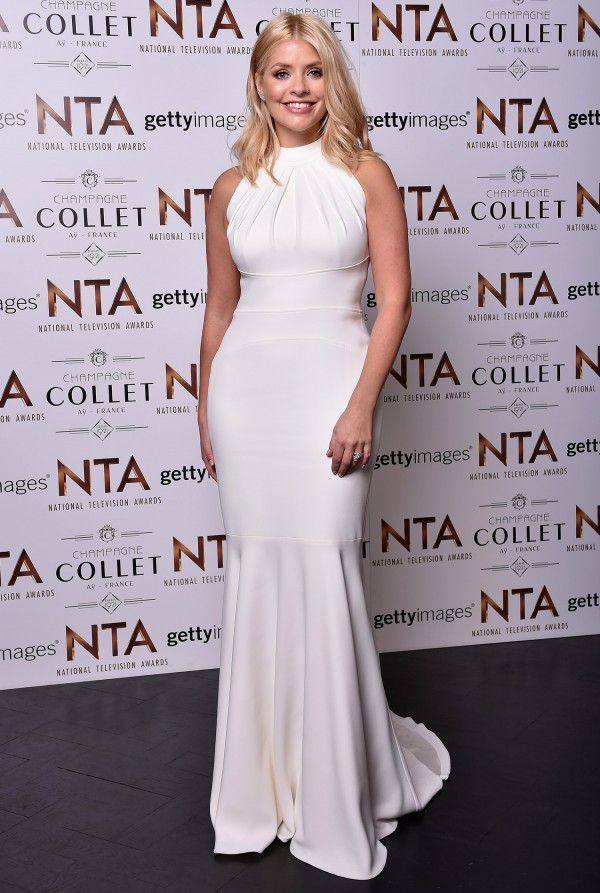 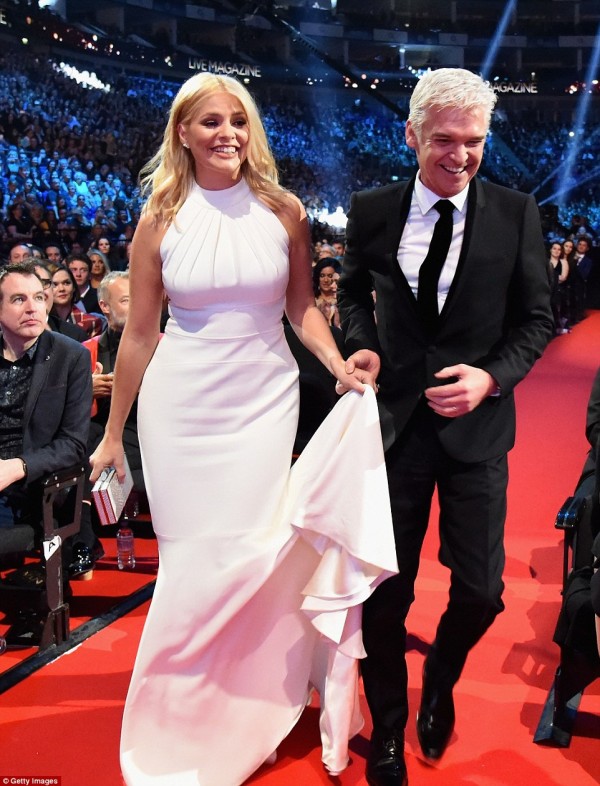 Holly Willoughby dress on This Morning: