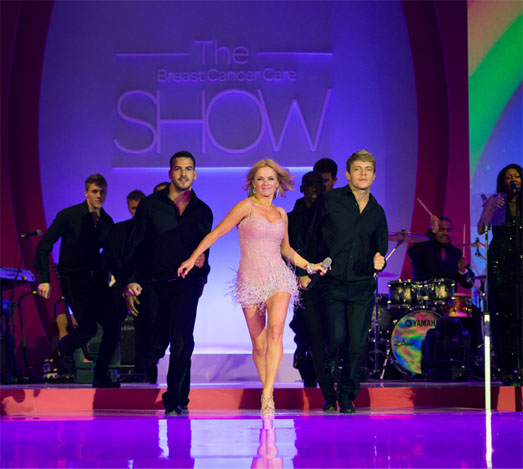 Here are some photos from last night of Geri performing at the Breast Cancer Care fashion show fundraiser wearing the dress created especially for her in the Suzanne Neville London studio over the past few weeks. The show stopping dress was designed in pale pink with a sheer beaded fabric overlay and a skirt made up of hand beaded strands of silver and pink bugle beads. 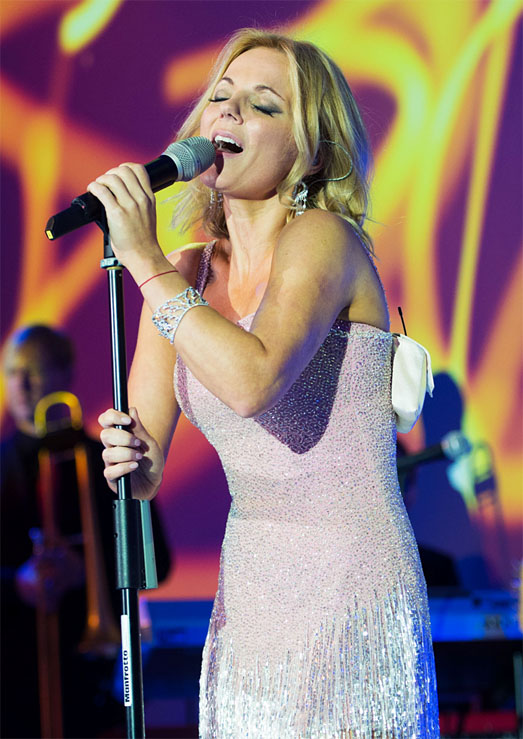 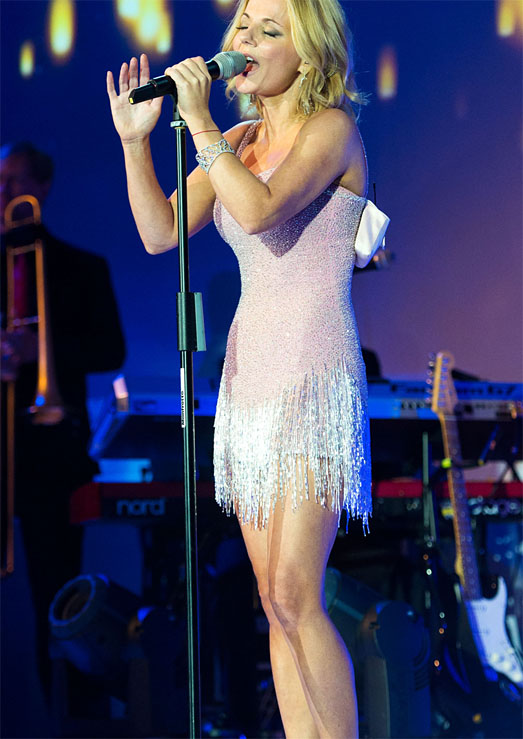 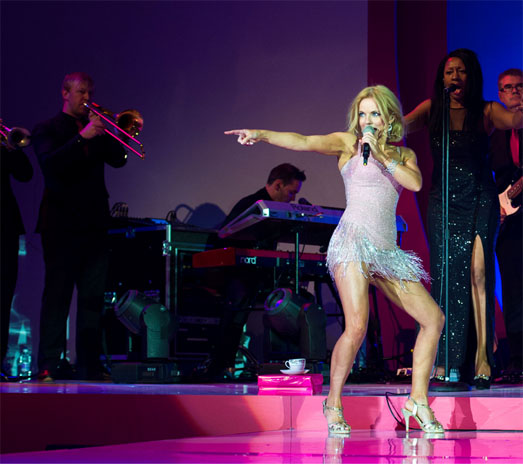 As patron of Breast Cancer Care Geri Halliwell performed live tonight at the Grosvenor House Hotel, the event was a fashion show fundraiser in support of breast cancer. Twenty four people who have been affected by breast cancer will take to the catwalk in a host of fabulous outfits, to prove that you can still feel amazing after a diagnosis.

Suzanne Neville is a favourite of Geri’s after selecting the designer to create her outfit for the Olympic closing ceremony. Suzanne jumped at the chance to create a dress for such a worthy cause, and lends dresses for the catwalk show every year. Geri will not only be performing live, but she will also be performing her new material for the first time.